That huge array of dietary fiber supplements in the drugstore or grocery aisle can be overwhelming to a consumer. They make all sorts of health claims too, not being subject to FDA review and approval. So how do you know which supplement works and would be best for you?

A rigorous examination of the gut microbes of study participants who were fed three different kinds of supplements in different sequences concludes that people who had been eating the least amount of fiber before the study showed the greatest benefit from supplements, regardless of which ones they consumed.

“The people who responded the best had been eating the least fiber to start with,” said study leader Lawrence David, an associate professor of molecular genetics and microbiology at Duke University.

The benefit of dietary fiber isn’t just the easier pooping that advertisers tout. Fermentable fiber — dietary carbohydrates that the human gut cannot process on its own but some bacteria can digest — is also an essential source of nutrients that your gut microbes need to stay healthy.

“We’ve evolved to depend on nutrients that our microbiomes produce for us,” said Zack Holmes, former PhD student in the David lab and co-author on two new papers about fiber. “But with recent shifts in diet away from fiber-rich foods, we’ve stopped feeding our microbes what they need.”

When your gut bugs are happily munching on a high-fiber diet, they produce more of the short-chain fatty acids that protect you from diseases of the gut, colorectal cancers and even obesity. And in particular, they produce more of a fatty acid called butyrate, which is fuel for your intestinal cells themselves. Butyrate has been shown to improve the gut’s resistance to pathogens, lower inflammation and create happier, healthier cells lining the host’s intestines.

Given the variety of supplements available, David’s research team wanted to know whether it may be necessary to ‘personalize’ fiber supplements to different people, since different fermentable fibers have been shown to have different effects on short-chain fatty acid production from one individual to the next.

“We didn’t see a lot of difference between the fiber supplements we tested. Rather, they looked interchangeable,” David said during a tour of his sparkling new lab in the MSRB III building, which includes a special “science toilet” for collecting samples and an array of eight “artificial gut” fermenters for growing happy gut microbes outside a body.

“Regardless of which of the test supplements you pick, it seems your microbiome will thank you with more butyrate,” David said.

The average American adult only consumes 20 to 40 percent of the daily recommended amount of fiber, which is believed to be a root cause behind a lot of our common health maladies, including obesity, cardiovascular disease, digestive disorders and colon cancer. Instead of having to go totally vegetarian or consume pounds of kale daily, convenient fiber supplements have been created that can increase the production of short-chain fatty acids.

The Duke experiments tested three main kinds of fermentable fiber supplements: inulin, dextrin (Benefiber), and galactooligosaccharides (GOS) marketed as Bimuno. The 28 participants were separated into groups and given each of the three supplements for one week in different orders, with a week off between supplements to allow participants’ guts to return to a baseline state.

Participants who had been consuming the most fiber beforehand showed the least change in their microbiomes, and the type of supplement really didn’t matter, probably because they were already hosting a more optimal population of gut bugs, David said.

Conversely, participants who had been consuming the least fiber saw the greatest increase in butyrate with the supplements, regardless of which one was being consumed.

In a second study the David lab performed with support from the U.S. Office of Naval Research, they found that gut microbes responded to a new addition of fiber within a day, dramatically altering the populations of bugs present in the gut and changing which of their genes they were using to digest food.

Using their artificial gut fermenters, the researchers found the gut microbes were primed by the first dose to consume fiber, and digested it quickly on the second dose.

“These findings are encouraging,” said graduate student Jeffrey Letourneau, lead author of the second study. “If you’re a low fiber consumer, it’s probably not worth it to stress so much about which kind of fiber to add. It’s just important that you find something that works for you in a sustainable way.”

“It doesn’t need to be a supplement either,” Holmes added. “It can just be a fiber-rich food. Folks who were already eating a lot of fiber, which comes from plants like beans, leafy greens, and citrus, already had very healthy microbiomes.”

Sun Aug 21 , 2022
I’ve been sunscreen testing again and these are my current five SPF favourites. I’m pretty picky when it comes to sunscreen for the face – I like a lightweight feel and a traceless finish – but thankfully formulations have improved massively over the past few years and there are so […] 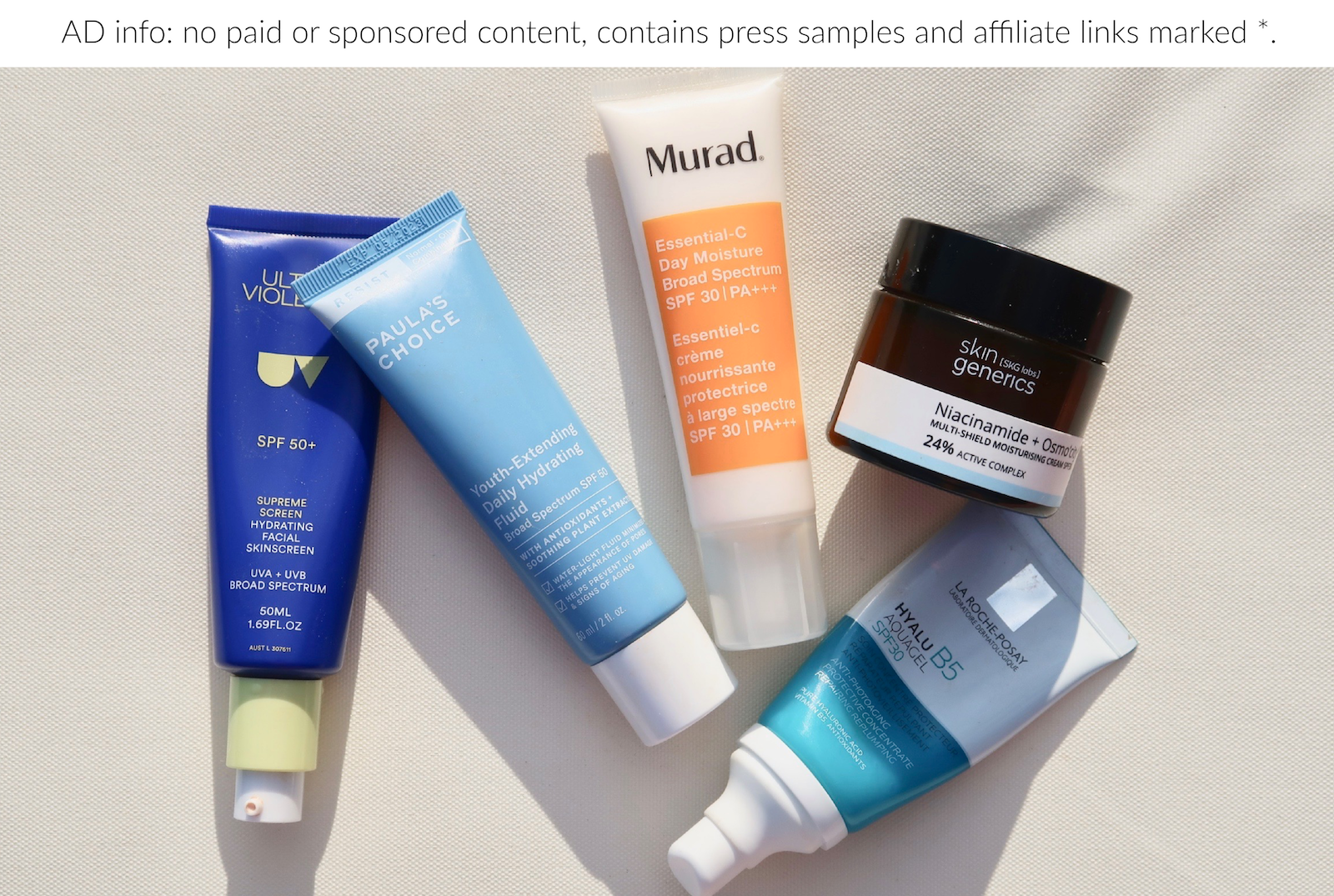